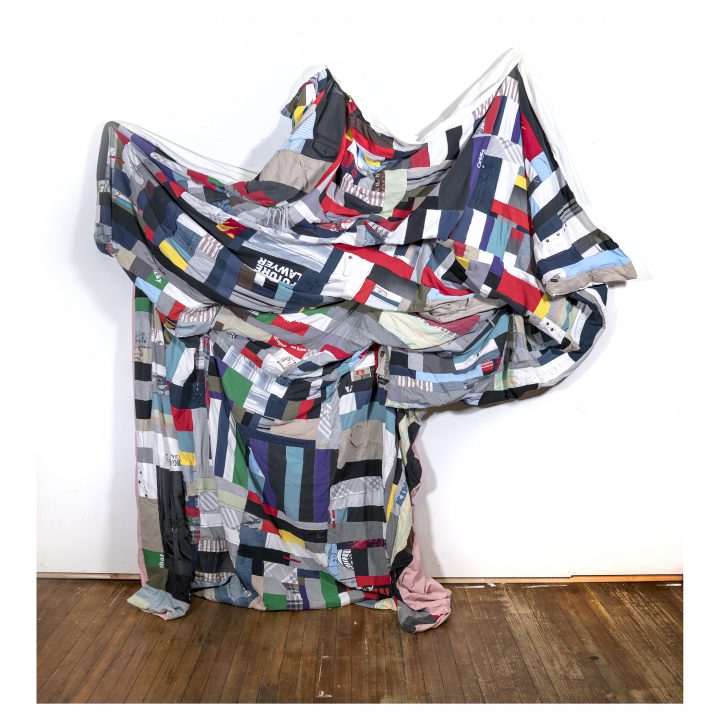 "I am a Vessel, a Vivid Dreamer, and a World Builder. My work is guided by our connection to ancestral courage, insight, and imagination in concert with contemporary awareness and observation." 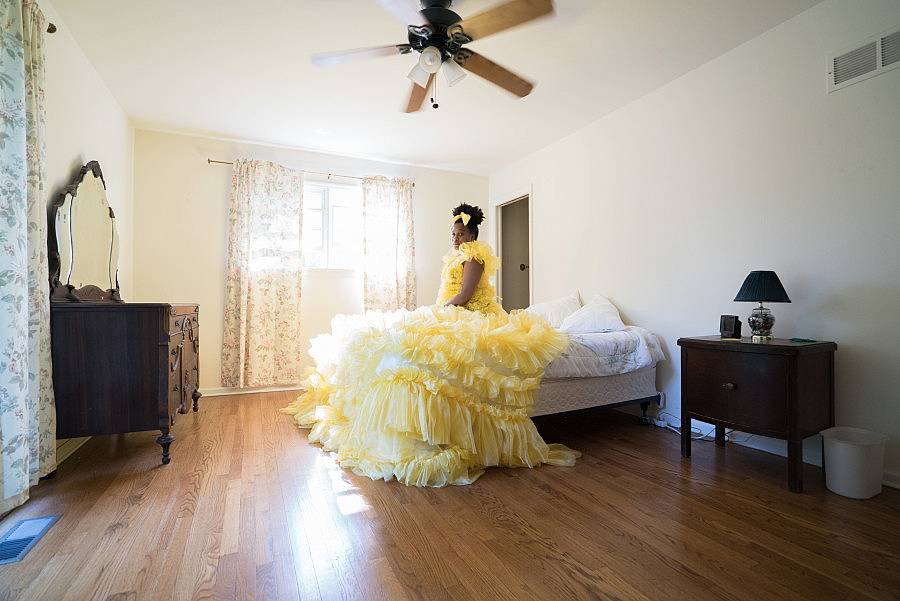 "Katherine Simóne Reynolds’ practice works to physicalize emotions and experiences by constructing pieces that include portrait photography, video works, and choreography. In the process of making subtle changes to her practice she has learned that creating an environment built on intention brings the most disarming feelings to her work. Utilizing the Black body and her own personal Black experience as a place of departure has made her question her own navigation of ownership, inclusion, and authenticity within a contemporary gaze. Reynolds’ draws inspiration from Black glamour, the Black athlete, and most recently, the Black church experience. Her practice generally deals in Blackness from her own perspective and she is continuously searching for what it means to produce “Black work.” 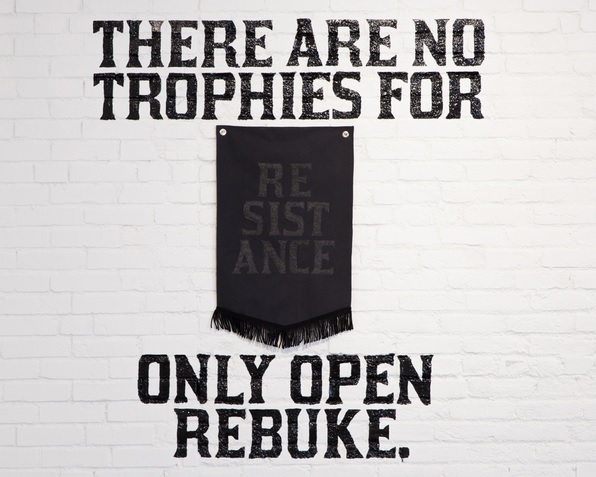 WORK/PLAY is an interdisciplinary design duo based in St. Louis, MO. Kevin received a BFA in Graphic Communication from the University of Missouri St. Louis and currently enrolled at the Sam Fox School at Washington University earning his MFA. Danielle is a conceptual artist, writer, and educator. Together, they combine illustration, minimal contemporary design along with experimental printmaking techniques into their art practice. With their use of design and printmaking, the collaborative duo has expanded their practice to textile arts, site-specific installation, publication and bookmaking to deliver an acerbic dose of revelation to inspire audiences and trigger experiences. They continuously experiment with new techniques, seeking to push beyond the perceived boundaries of art, design and printmaking. 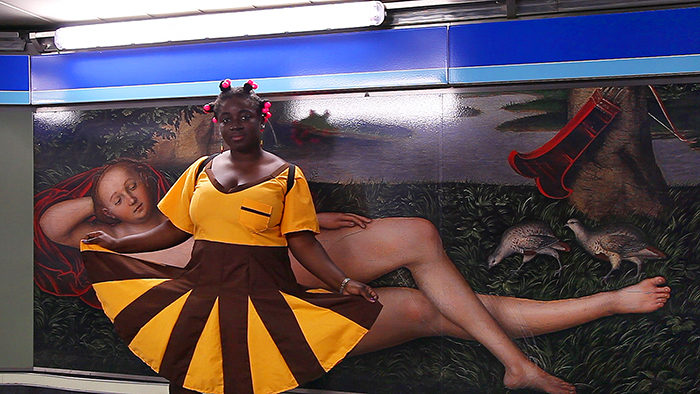 Yvonne Osei is hyperaware of her hybridity and position as both an outsider and an insider. She describes herself as an outsider artist making insider art, referencing her West African roots while acknowledging her years of earning a Western art education and living in the United States. 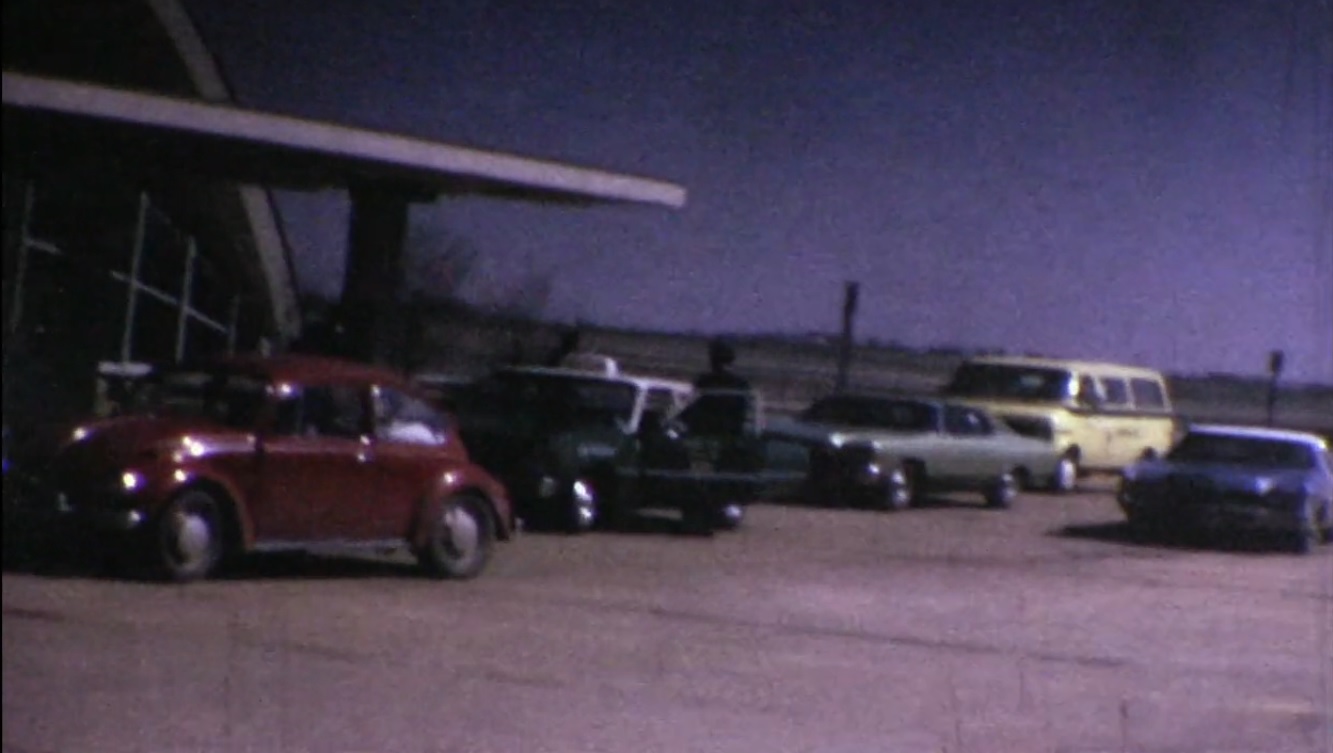 William has worked in video since 1985, when he graduated from Washington University with his BFA. He finished his MFA at the Art Institute of Chicago in 1989. He focuses on the process of creating images with technology, and is interested in what he calls ‘the alchemy of electronics and engineering which produces the video signal.’ He focuses on the individual, and implies the omitted or elided content of subjective experience.  This content is, as he notes ‘what ends up on the cutting floor of memory.’ 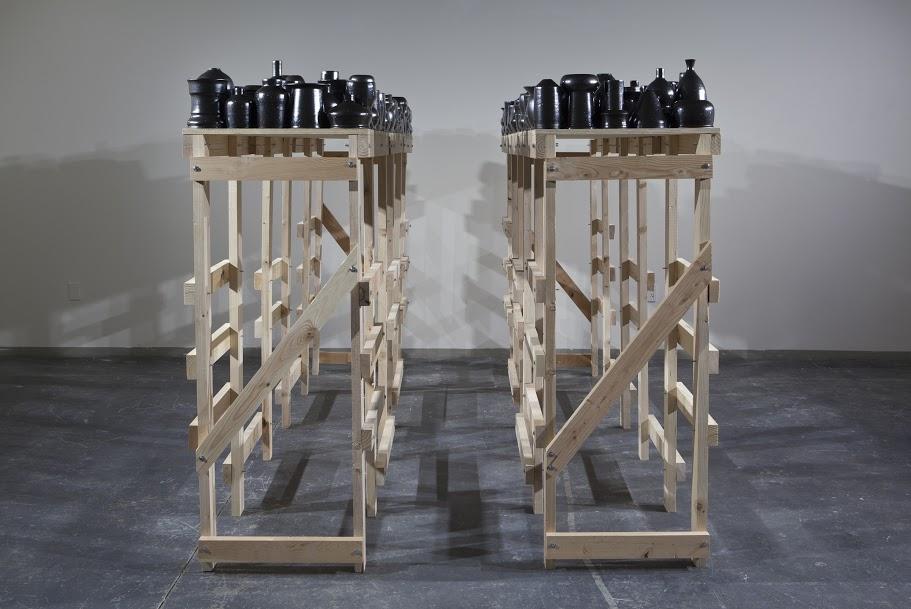 Kahlil Robert Irving is a multimedia artist. Irving completed his BFA in art history and ceramics at the Kansas City Art Institute. In May of 2017, Irving earned his Master of Fine Arts in Visual Art at Washington University in St. Louis, Sam Fox School of Design and Visual Art. During graduate school, Irving was a Chancellor’s Graduate Fellow. Currently, he is the 2017/ 2018 Alice C. Cole Fellow at Wellesley College in Wellesley, Massachusetts.  In the summer of 2016, Irving was a resident artist at the Scuola Internazionale di Grafica in Venice, Italy. This summer, Irving completed his first solo exhibition in New York City at Callicoon Fine Arts. Most recently, he was awarded the Lighton exchange grant to be a resident artist at the University of Pecs ceramics department, in Pecs, Hungary.  His work is in the collections of the Riga Porcelain Museum, in Riga, Latvia; Foundation for Contemporary Ceramic Art in Kecskemet, Hungary; and the Nerman Museum of Contemporary Art in Overland Park, Kansas. 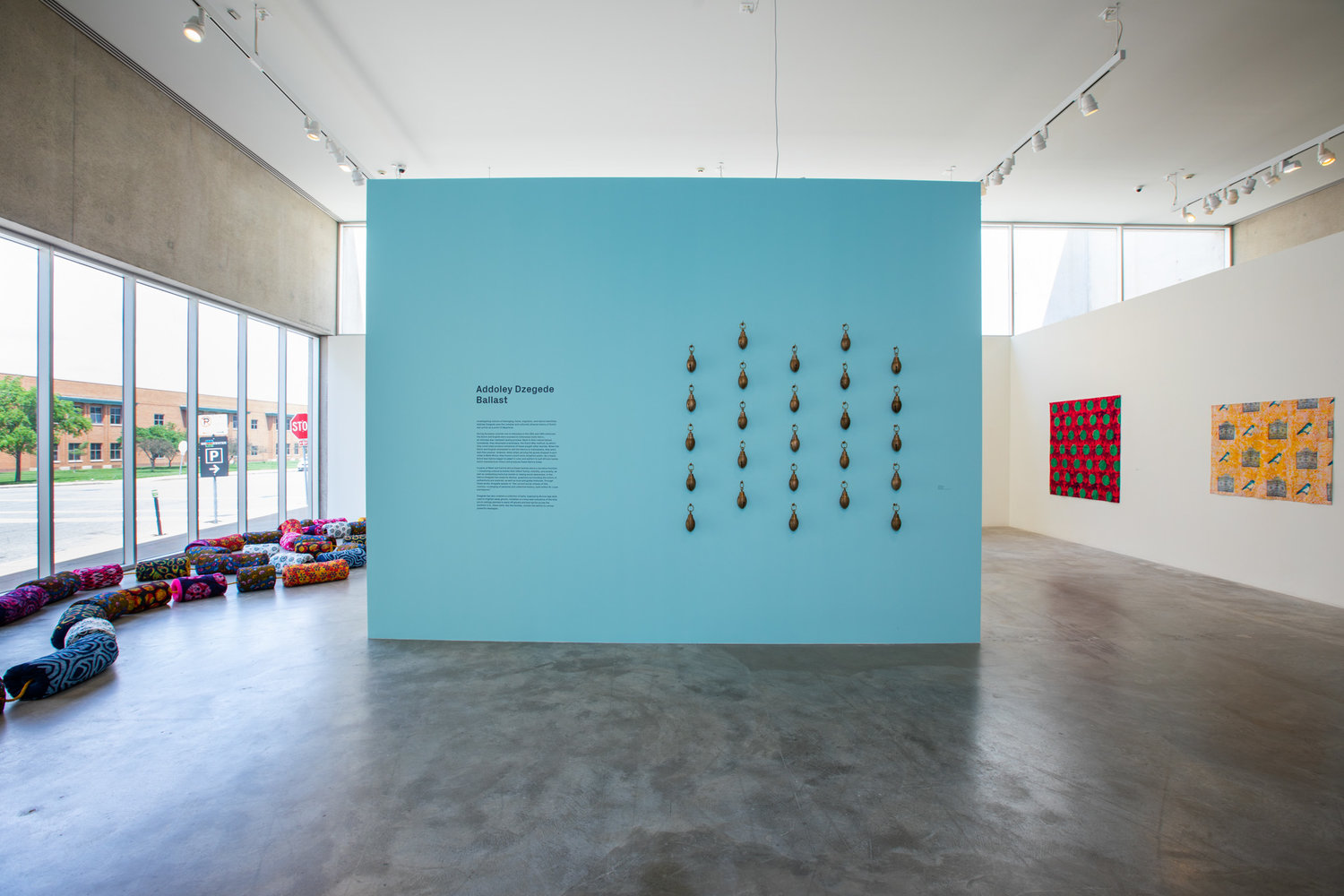 Addoley Dzegede  is a Ghanaian-American interdisciplinary artist based in St Louis. Her practice is idea-driven, mixed media, and through a combination of words and images, investigates notions of belonging, home, migration and location, and hybrid identities. Her work has been exhibited throughout the United States and Europe, and she has been an artist-in-residence at the Arteles Creative Center in Finland, Foundation Obras in Portugal, and Nes Artist Residency in Iceland, as well as a post-graduate apprentice at the Fabric Workshop and Museum in Philadelphia. She received a BFA from Maryland Institute College of Art, and was awarded a Chancellor’s Graduate Fellowship at Washington University in St Louis, where she completed an MFA degree in Visual Art in 2015. 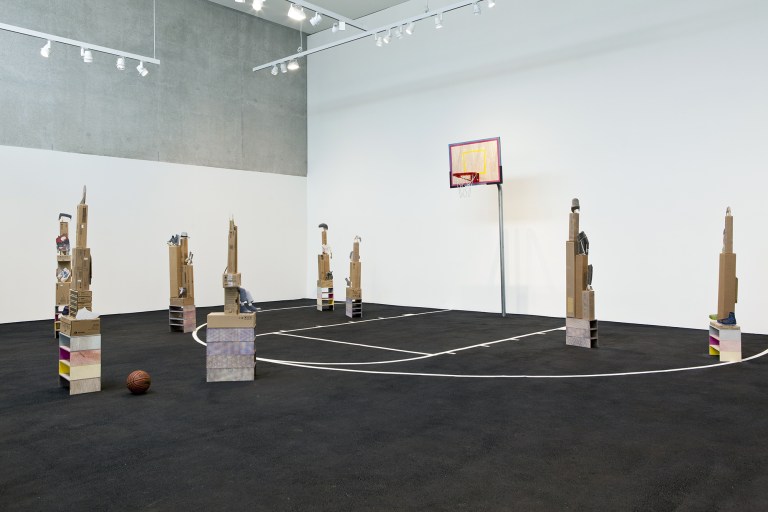 Born 1983 in New Orleans, LA.  Based in Saint Louis, MO.  Currently a 2017-18 Hashinger Hall Artist-in-Residence at the University of Kansas in Lawrence, KS.  He is half of LAB:D, a founding member of the artist co-op Monaco. 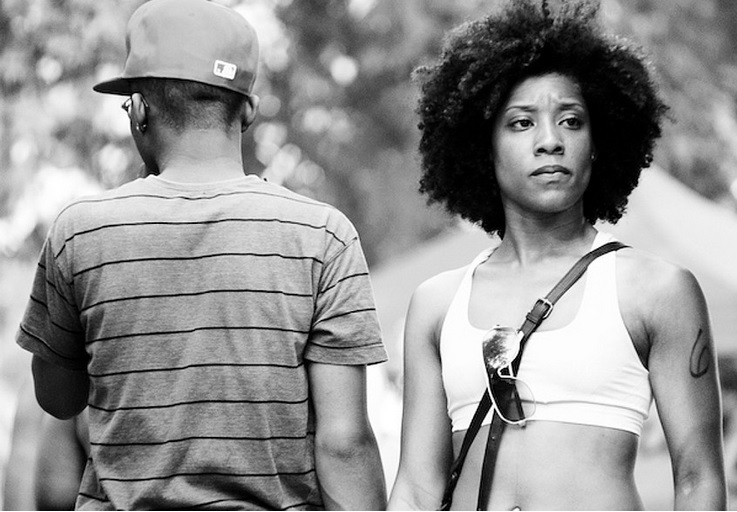 "I’m the kind of person who observes a lot. I’m pretty quiet. I think being positioned in that way — being a woman, being queer, being black — it’s a strange space to be in because, in a way, you are hyper-visible, but at the same time you can be invisible. Both have their drawbacks, but they also have their advantages. If you are invisible, you get away with a lot of shit, and people don’t really take notice if you’re doing certain things." 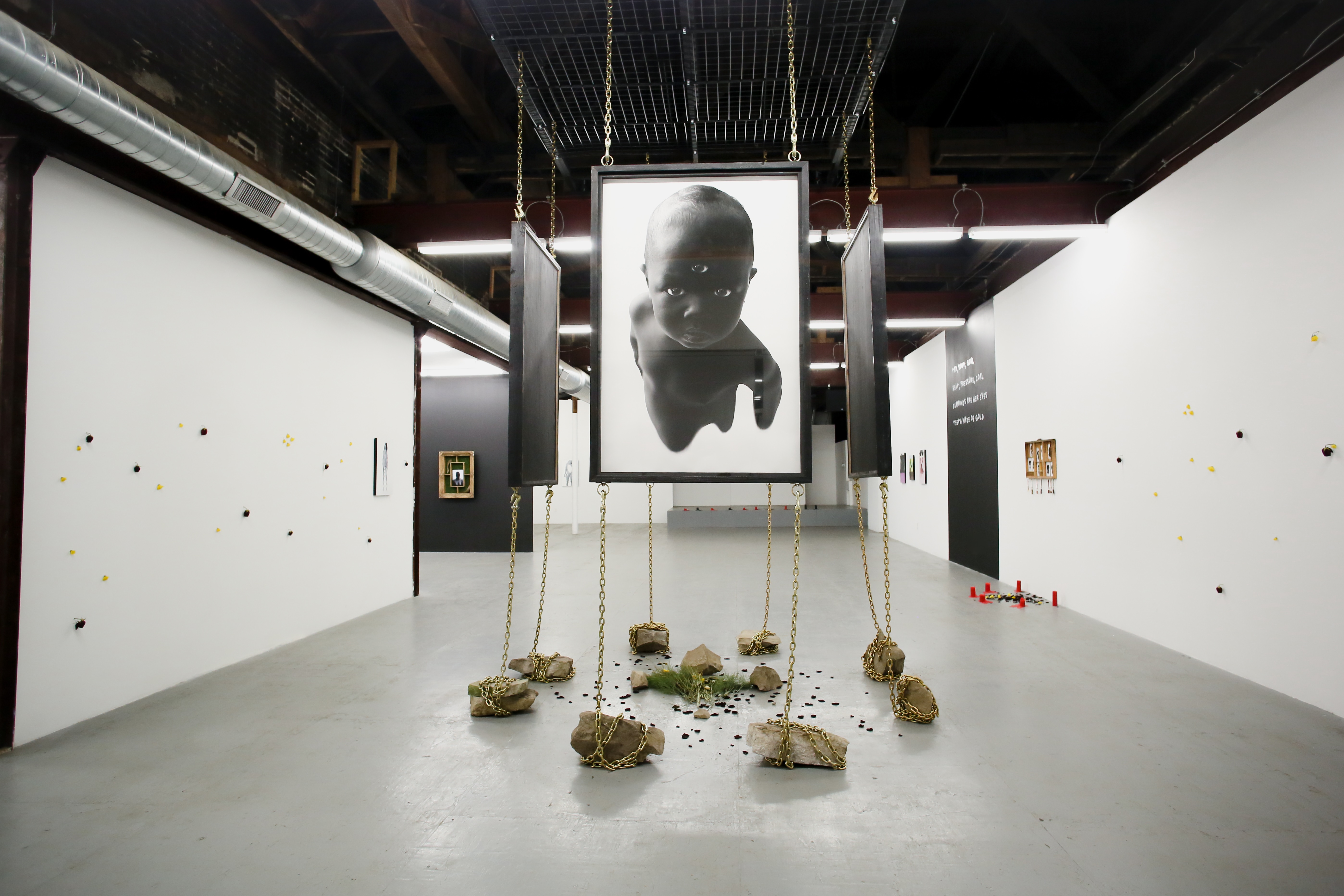 "It's still a very safe place for black people to be under somebody's boot and to be a fucking victim and to be a joyless sort of creature," Davis says. "So for this project I wanted to really accentuate and speak to the power and the joy and less about pain all the time. Because that is not our entire lives." 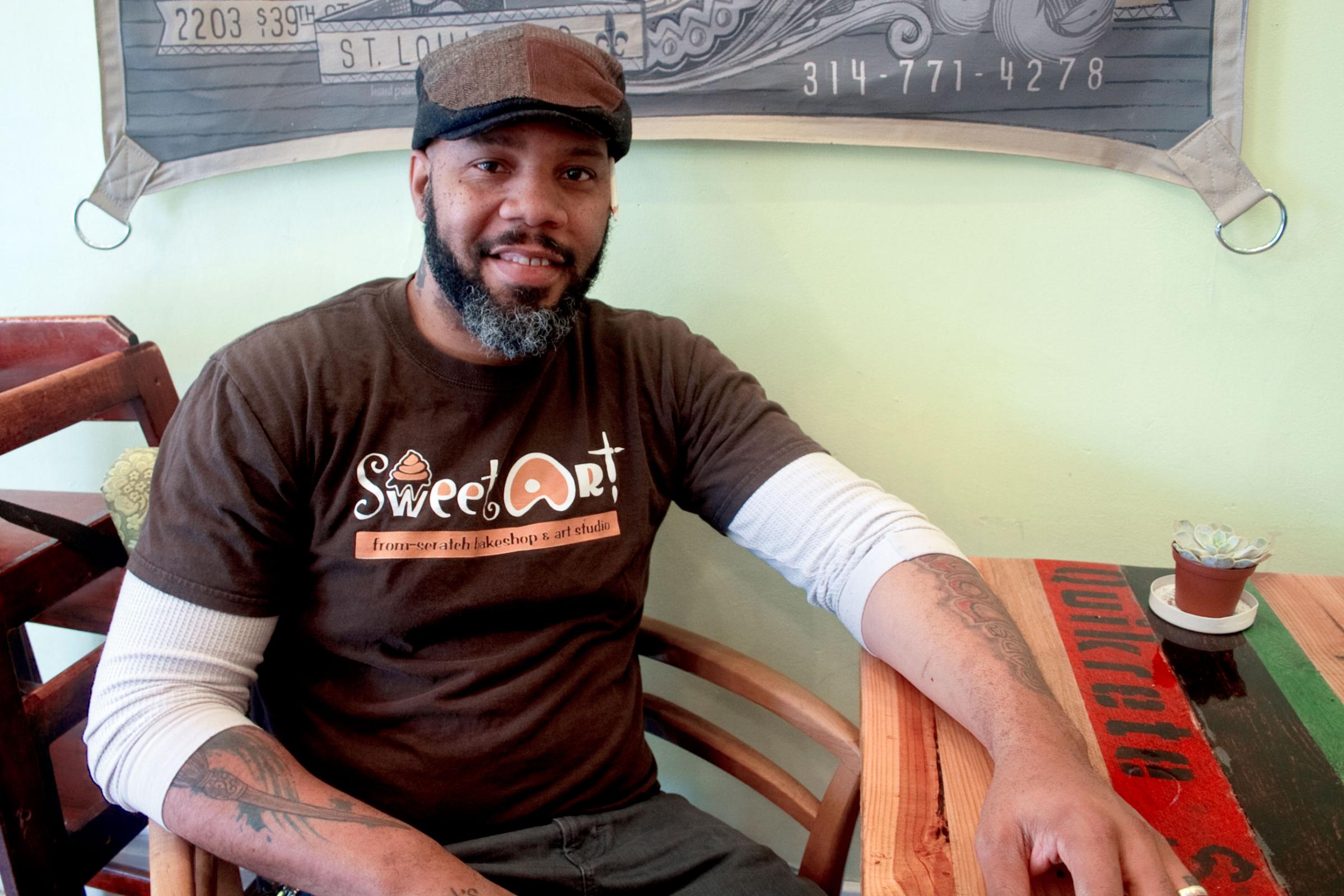 Cbabi (pronounced Kuh-bob-bi) Bayoc is an artist who has always known, and lived, his calling: creating art which reflects his love of music and family. This was in fact the reason he changed his name in 1997 from Clifford Miskell to Cbabi Bayoc. He wanted a name that when said always sent him a reminder of his purpose in life. Cbabi stands for Creative Black Artist Battling Ignorance and Bayoc (which he waited for his wife to discover) stands for Blessed African Youth of Creativity. Cbabi wanted to have a last name that included the attributes of the wife he was going to bear children with because the last name, he felt, should reflect both parents and not just the father. 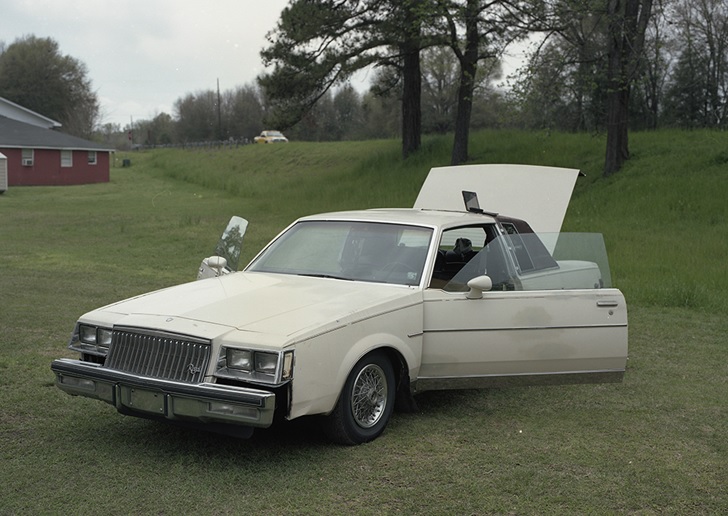 Deana Lawson (b. 1979, Rochester, NY; lives and works in Brooklyn) has been selected for the 2017 Whitney Biennial. Recent exhibitions include Deana Lawson at the Art Institute of Chicago (2015), Greater New York, MoMA P.S.1 (2015, 2010), tête-à-tête at Galerie Nathalie Obadia, Brussels, Belgium (2015), and City Limit at the Journal Gallery, Brooklyn (2015). Her work has also been exhibited in the Museum of Modern Art, New York, the Brooklyn Museum of Art, and the Studio Museum in Harlem. Lawson is the recipient of a Guggenheim Fellowship (2013), Aaron Siskind Fellowship Grant (2008–09), and a New York Foundation for the Arts Grant (2006), among others. Lawson received her B.F.A. from Pennsylvania State University (2001) and M.F.A. from the Rhode Island School of Design (2004). She is currently an Assistant Professor of Photography at Princeton University. (camstl.org 2/2/17) 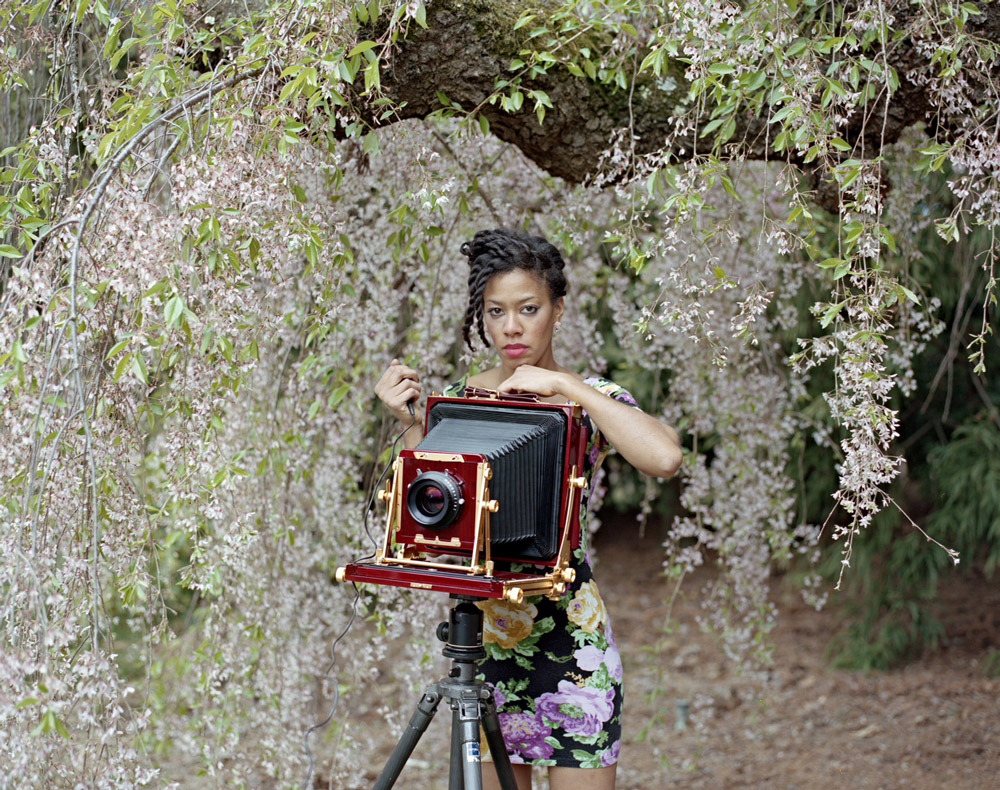 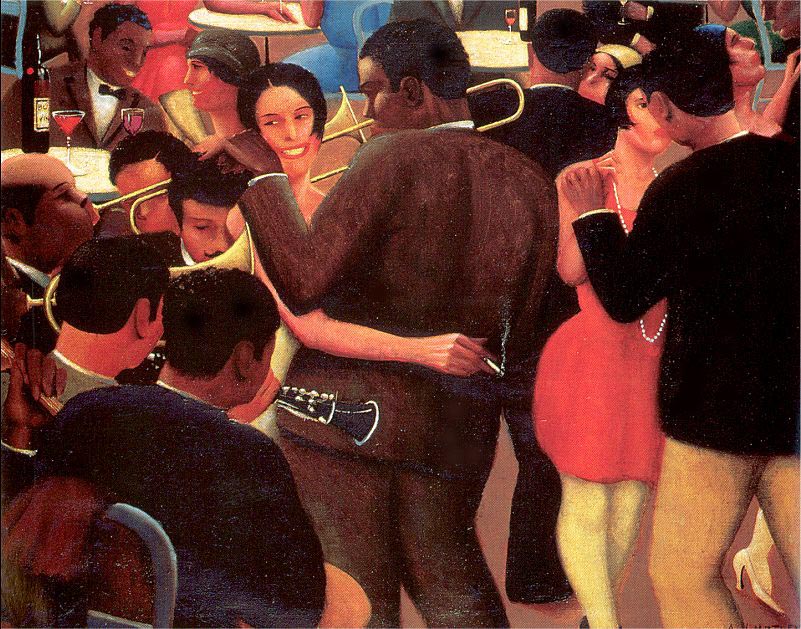 The Harlem Renaissance refers to a period of cultural, intellectual, and artistic vibrancy that grew out of Harlem, New York in the 1920s. Artists like Jacob Lawrence, Archibald Motley (above), and Lois Malou Jones; musicians such as Marian Anderson, Duke Ellington, and Billie Holiday; and writers like James Baldwin, Langston Hughues and Nella Larson were all part of the explosion of creativity, thought, and energy of African-American contributions to American culture that was spurred by the Harlem Renaissance. Some later opponents of the movement critized it as one of assimilation of white culture to black bodies, but it is undeniable that the movement brought a dicussion of African-American identity front-and-center, and made way for advances in civil rights, art, music, thought, and literature in the US and abroad.

Art and the Black Body

In September 2016, The Contemporary Art Museum in St. Louis displayed the work of a prominent white artist - Kelley Walker. Among Walker's work, was an image of a black woman on the cover a men's magazine. This image was problematic for a variety of reasons, but community outcry created a conversation surround art, appropriation, and centrality of the black body in images of struggle, as well as the appropriation of that body for institutional goals without the proper deference paid to those who identify as black. As such, a panel of black artists and intellectuals was formed to address the issue in a public forum organized by Critical Mass for the Visual Arts. These panelists were Dani and Kevin McCoy, Kahlil Irving, Kat Reynolds, MK Stallings, Vanity Gee, Lyndon Barrois, Jr., and moderator Dr. Rebecca Wanzo.  You can find the whole story here. 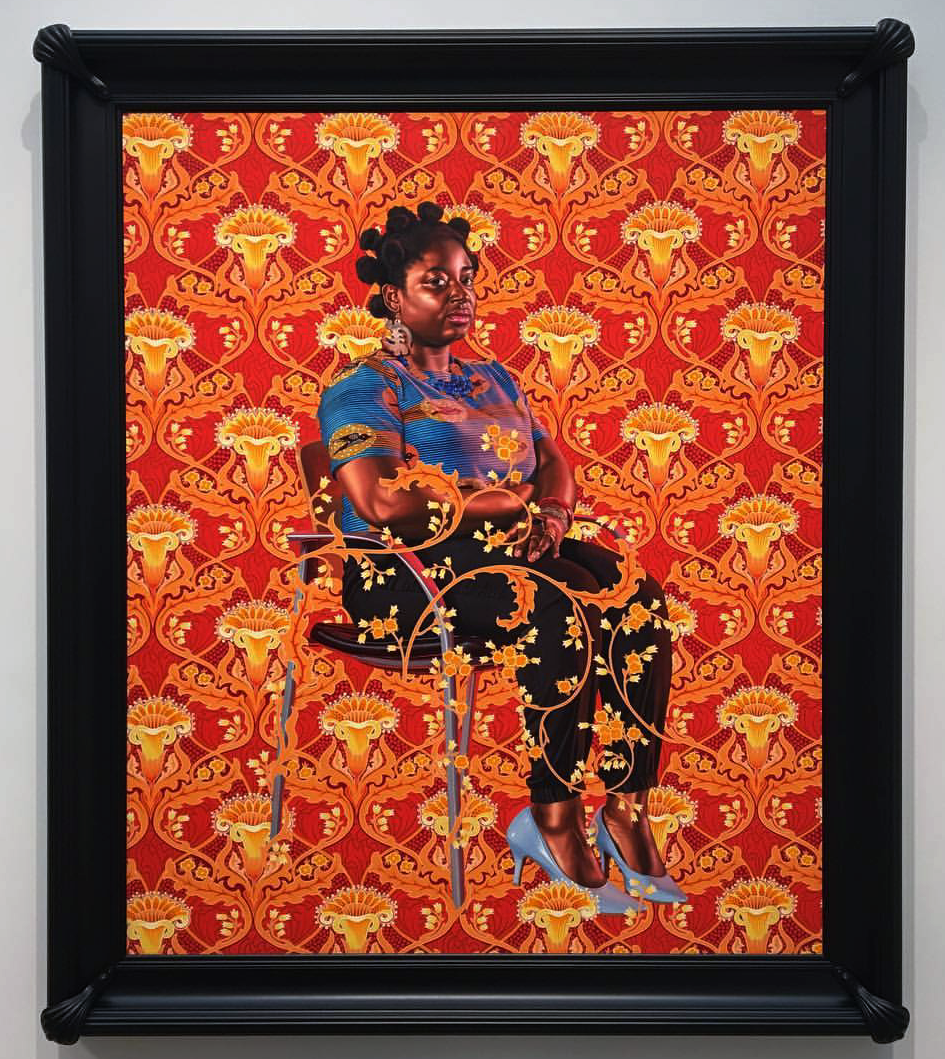 "Los Angeles native and New York based visual artist, Kehinde Wiley has firmly situated himself within art history’s portrait painting tradition. As a contemporary descendent of a long line of portraitists, including Reynolds, Gainsborough, Titian, Ingres, among others, Wiley, engages the signs and visual rhetoric of the heroic, powerful, majestic and the sublime in his representation of urban, black and brown men found throughout the world. " - Artist's Website

Etching and Aquatint on Panel

Kara Walker's work features sequential narrative in the form of sillohuettes. Her themes focus on issues of race, class, and identity via subject matter based in the Antebellum south. Kara teaches at Columbia University, and has had exhibitions all over the world. In 2014, she had a show at the St. Louis Art Museum called 'Anything but Civil: Kara Walker's Vision of the Old South.' 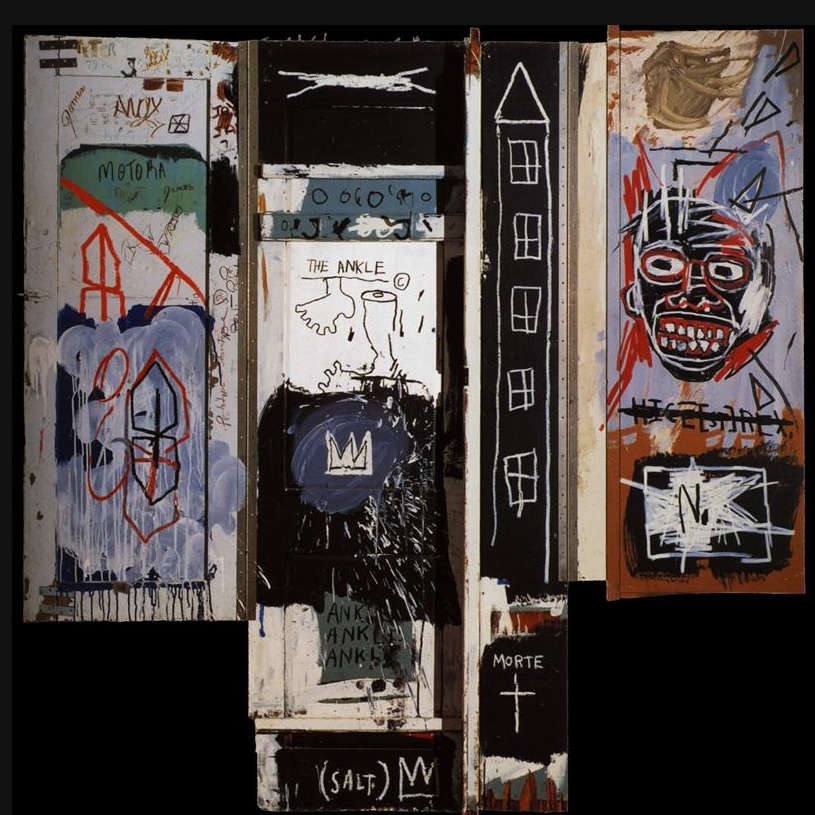 Portrait of the Artist as a Young Derelict, 1982.

Jean-Michel Basquiat was born in Brooklyn, NY and achieved initial noteriaty as the graffiti-artist 'SAMO'. His figurative/neo-expressionist work brings themes of rebellion, oppression, and duality/dichotomy- meaning he juxtaposed two conflicting realities- wealth and poverty in New York's affluent neighborhoods, freedom and oppression, as well as white and black realities. His work brings to mind his  Haitian heritage and its visual culture- with its bold figures, and symbolic language. Basquiat was later associated with Andy Warhol, but his most important work is in his own particular idiom- and challanges the viewer with a sharp social critique.