William Clark, Hardy Ware, and A Certain Track of Land in Jefferson County

Research into several cases involving Survey 2020 led to a discovery of a person named William Clark as someone mentioned in many of the documents related to these cases. Local history enthusiast and chronicler of Jefferson County history Howard LItton mentions in his compilation History of Jefferson County, MIssouri and Festus and Crystal City, Missouri  that he was never able to verify that said William Clark was thee William Clark of Lewis and Clark fame. A close look at the documents in three cases from the Jefferson County Circuit Court (and possibly not available to Mr. Litton) confirmed that thee William Clark had a strong possible claim to land in Jefferson County, specifically part of the land mapped in Survey 2020.  This is not entirely surprising given the various dealings William Clark had with the founders of St. Louis, early explorers, fur traders, and American Indians in what is now Missouri, and his experience as a surveyor and government official.

Just months after his return from the Voyage of Discovery, William Clark was appointed to the first of many federal government positions he held until his death on September 1,1838, including Brigadier General of the Militia and principal agent of Indian affairs for the Louisiana Territory, and Territorial Governor of the Missouri Territory.

Show below are some of the documents associated with the cases involving  Survey 2020 and William Clark's claimed ownership of this land. Some documents are held in the archives of the Jefferson County History Center and were part of preservation efforts undertaken initially by Jefferson College Library and expanded through at grant from the Missouri Local Records Project under the Missouri Secretary of State's Office. Other documents are available online through a variety of state, federal, and educational resources.

These articles, from our database JSTOR, are for the education of the community and not meant to be copied or distributed. For personal use only. Faculty, please link to articles, if using for class. 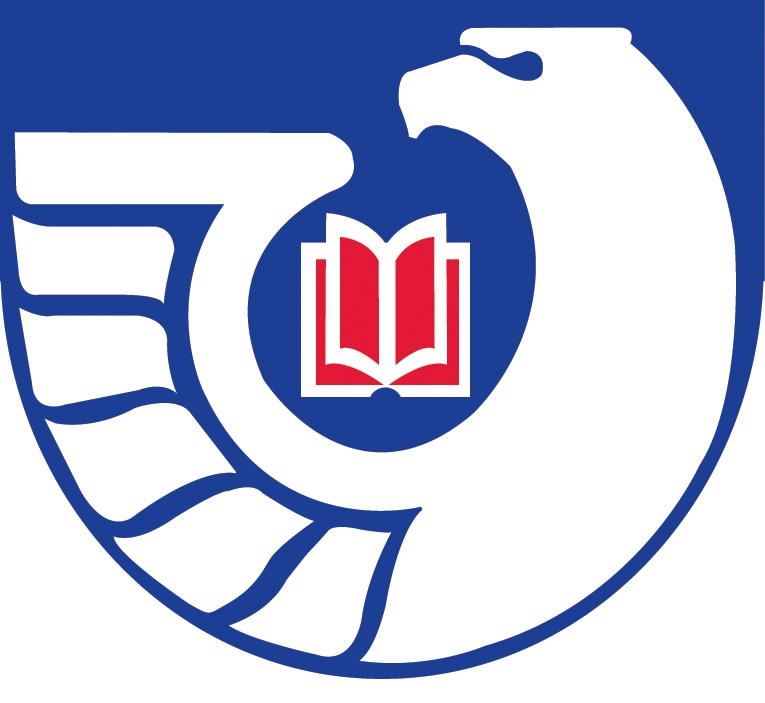 Jefferson College Library is a congressionally designated selective depository for U.S. Government documents. Public access to the government documents collection is guaranteed by public law. (Title 44 United States Code) If you are looking for US Government Information, please contact Lisa Pritchard, FDLP Coordinator, at 636-481-3160 or lpritcha@jeffco.edu

William Clark's will lists a certain track of land in Jefferson County as one of the assets he bequeaths to his heirs. However, as described in court documents related to several legal cases, there was much controversy about this track of land and the succession of owners dating back to 1799 and extending into the mid-19th century. William's Clark's claim was one of many that was unclear in its origins and legality. Documents housed at the Jefferson College History Center and in other collections offer some clues into this controversy. The value of this land was obvious to early settlers. It was adjacent to what would become St. Louis County and it provided easy access to the Meramec river, a means of safer and easier transportation. The value of this land only increased as a result of the Louisiana Purchase and Missouri's territorial status and eventual statehood. William Clark was well placed as both a surveyor, territorial governor, and Indian agent to know the value of the site. 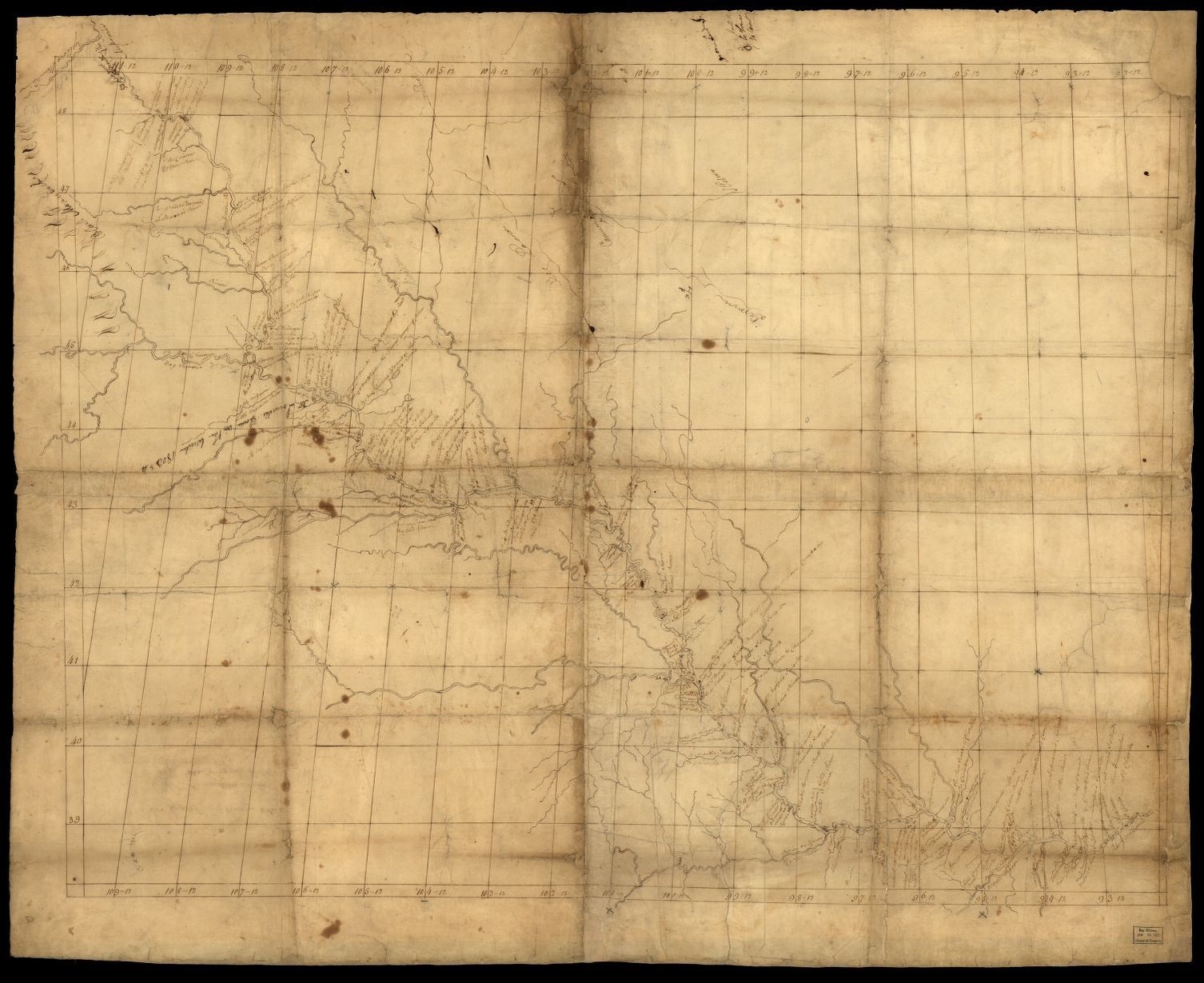 "In 1813 William Clark was appointed governor of Missouri Territory by President James Madison and served for seven years. His success as an administrator, talent for diplomacy, and concern for his constituents led one historian to call him “Missouri’s best territorial governor.”

When Missouri became a state, Clark ran for governor against Alexander McNair, but lost the election. He retained his position as a U.S. Indian agent and in 1822 was made Superintendent of Indian Affairs at St. Louis, a position he held until his death.

William Clark died at age sixty-eight on September 1, 1838, in St. Louis, Missouri, and is buried in the city’s famed Bellefontaine Cemetery."

A Certain Track of Land

"a certain tract of three hundred and twenty acres of land, situate, lying and being in the county of Jefferson and state of Missouri and on the south side of the Merriamack river, and near the Junction of the Merrimack and Mississippi rivers being the same land acquired by William Clark decessed by deed from Hardy Ware,dated August 11th 1815, and recorded in Recorder's office of St . Louis county in said State. In Book F- page 78 and by deed from James Smirl , by sheriff dated March 7th 1812, and recorded in Recorder's office in said county of Jefferson In Book H Pages 134 and 135."

Source: Last Will and Testament of William Clark  from Washington University in St Louis

In witness whereof I have hereunto set my hand and seal this fourteenth day of April in the year of our Lord eighteen hundred and thirty seven... 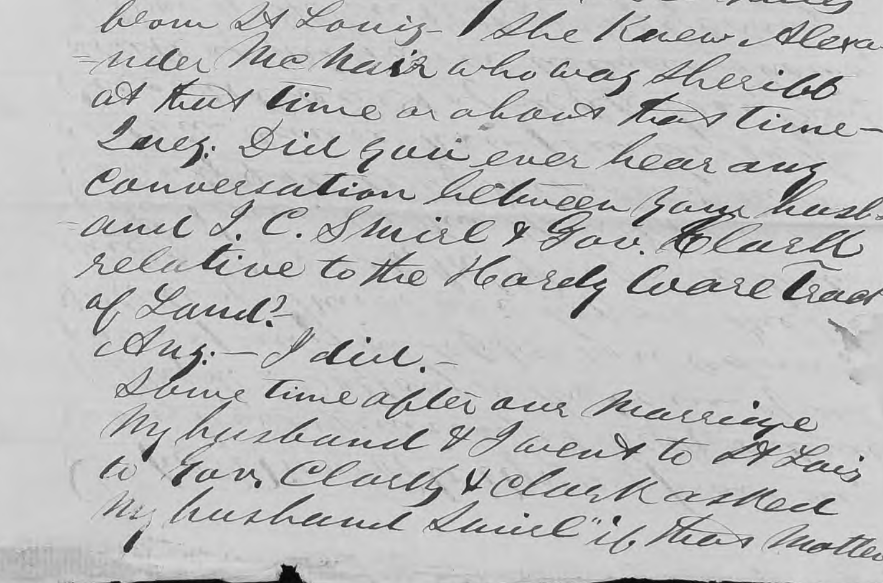 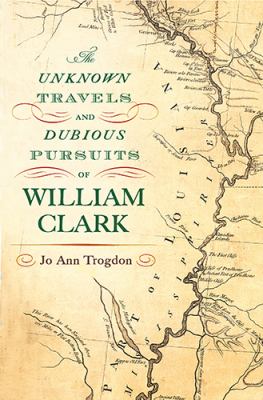 The Unknown Travels and Dubious Pursuits of William Clark 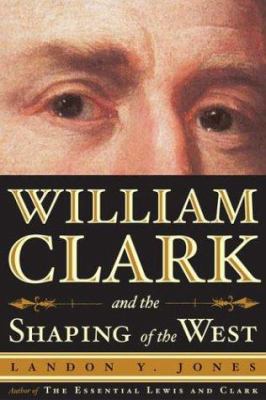 William Clark and the Shaping of the West 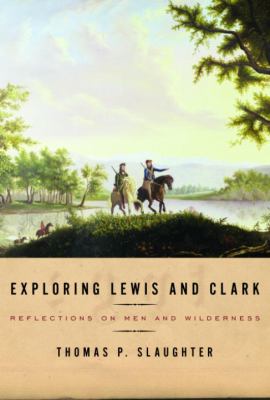 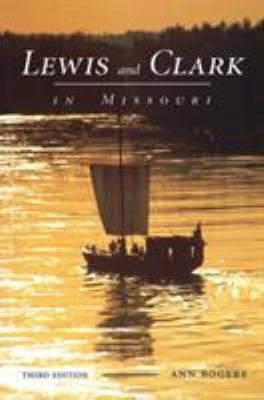 Lewis and Clark in Missouri 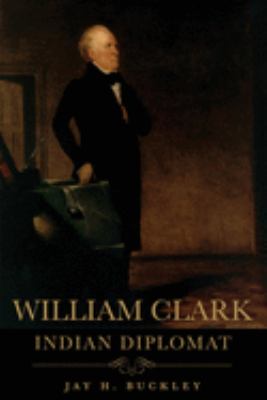