To commemorate the Bicentennial of Missouri statehood, Jefferson College Library created an exhibition of maps, plats, surveys, photographs, and books from our collections that show how what is now Missouri was explored and settled first by the French and Spanish, later by the Americans, and then transformed by those settlers into a state on August 10, 1821. The featured items include 19th Century local surveys, plats, and maps, maps from local, state, and federal agencies, as well as books about early statehood.

Though primarily an exhibition of maps, the exhibits and accompanying libguide touch upon the roles of Native Americans in the map making of what is now Missouri and the ways slavery shaped the quest for Missouri's statehood, involved  map making, and played out in national debates. Readers are directed to additional resources and guides that provide  research materials about these important topics.

Of particular note in this exhibition are documents that were uncovered that link William Clark to a "certain track of land" in Jefferson County. This land is known as Survey 2020 and can be seen in geologic maps, hand-colored maps that accompany surveys, 19th Century atlases, and aerial photos from the 1950s and 1960s, to name a few. Throughout the exhibition visitors are invited to look for depictions of Survey 2020, the piece of land in question, and see how it has changed over the last two hundred years. This "certain track of land" provides a thread throughout the displays, guide, and exhibits.  Together, we hope to provide a way of seeing Jefferson County, Missouri, and the United States that will offer insights and revelations into our shared history. 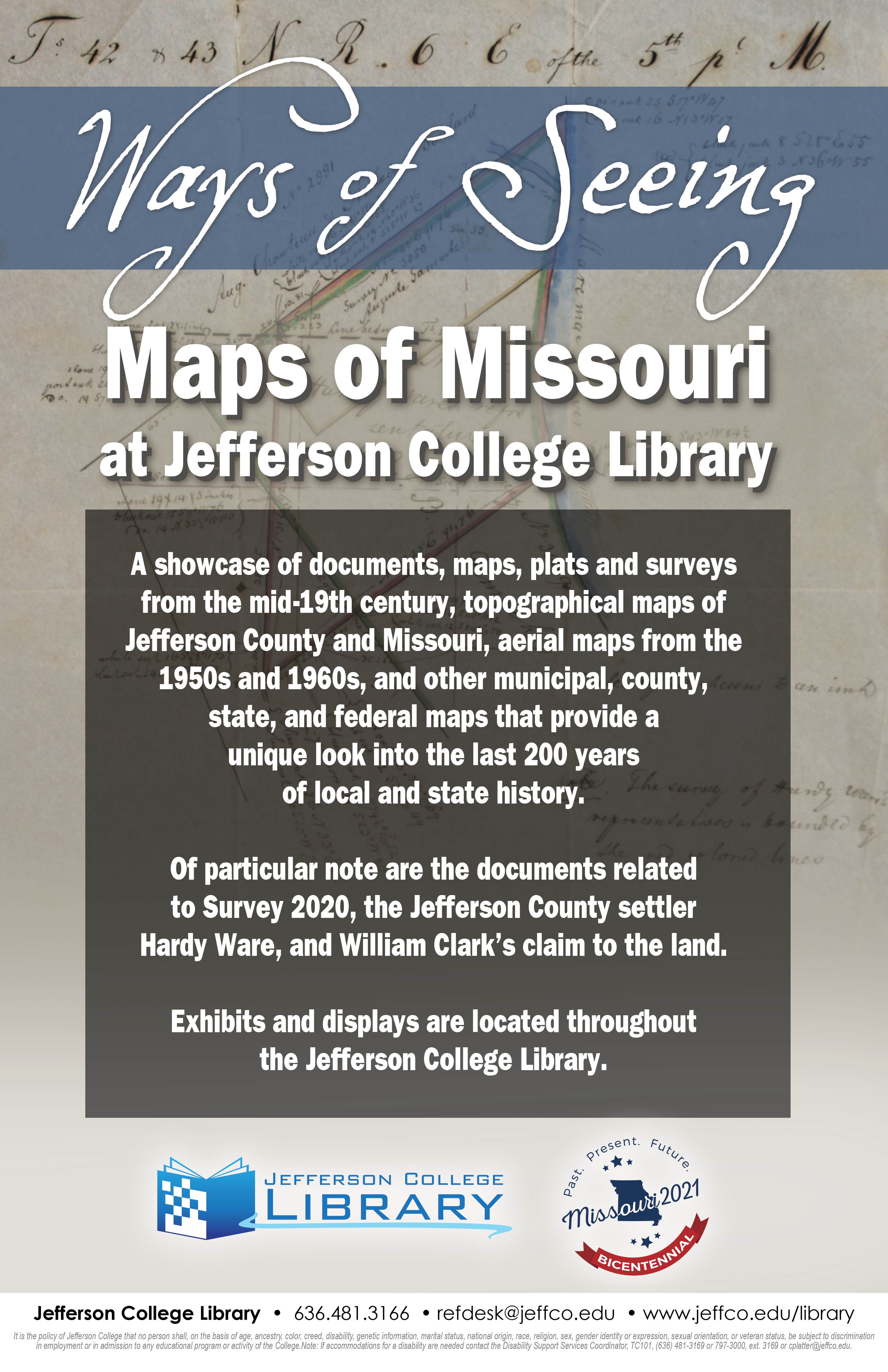