This exhibit features maps primarily created by the local, state, and federal government agents and those working to secure the newly acquired lands that would become Missouri. Native Americans occupied what is now Missouri for thousands of years before the arrival of Europeans and Americans. The Missouria, the Osage, and other tribes moved and lived throughout this region, relying on the rivers and abundant flora and fauna to sustain their communities. To learn more about Missouri's original inhabitants, check out our Indiginous Tribes of Missouri Libguide and other recommended links, including this interactive Mapping History site from the University of Oregon.

“Maps drawn by Indians and Indian mapping abilities have been documented in a number of sources, but because of their ephemeral nature, relatively few Indian-created maps exist today. The indigenous population was often sought out by European explorers to guide or provide geographical information about unknown lands...geographic information was sometimes given in a cartographic format.” Source: Library of Congress: Maps & Geography Guide

The map shown below was created on deer skin, possibly  by a member of the Miami tribe. It  is held by the British Museum and shows the vast drainage system of the Mississippi and Ohio rivers extending from Cairo, Illinois, through St. Louis, Missouri, and up to Lake Michigan.  Image Source: The British Museum  Other early maps shown below remind us of the significance of rivers to both the earliest inhabitants, early European explorers and traders, and the earliest Americans. Rivers were at the heart of trade, transportation, agriculture and settlements.

"The Osage Indians roamed the land between three great rivers, the Missouri to the north, the Mississippi to the east, and the Arkansas to the south." 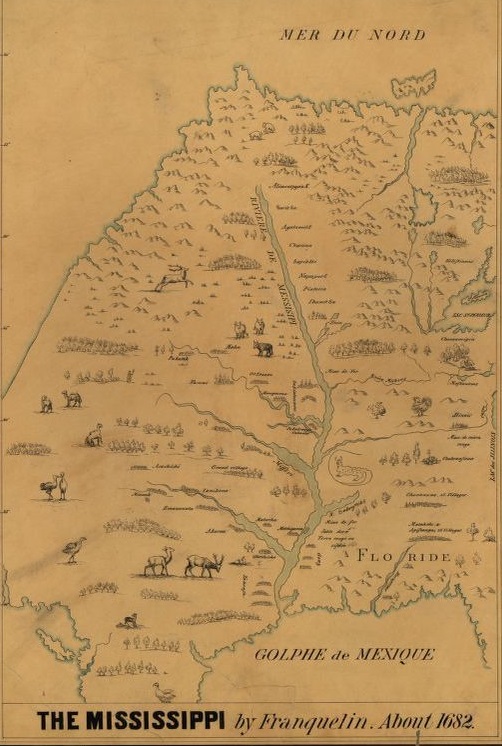 Image: 1682  "The Mississippi" by Jean Baptiste Louis Franquelin and Louis Joliet , 1645-1700. Relief shown pictorially. Shows trees, animals, and names of the Indian nations. Pen-and-ink and watercolor; detached from paper and mounted on cloth backing. "This is the copy of a sketch of the Mississippi River and country, contained in a manuscript map .

Image Source: The Library of Congress

"Considered the “Center of Life” for the Great Plains, the Missouri has served as the main artery for exploration, food, trade, and transportation for millions of people over thousands of years." 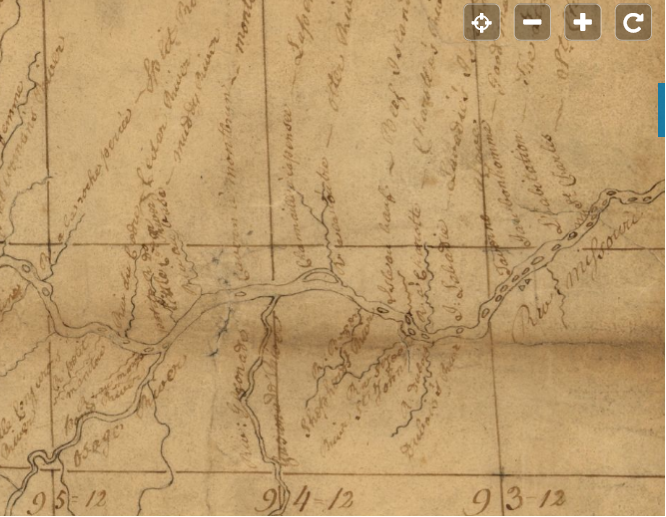 Image Source: The Library of Congress

The earliest maps show many references to the Native American settlements that were part of a well established trade route along the Mississippi and Missouri Rivers. Place names persist in many cases to the present.

Note:North is to the right.